Home » Exploring the Advantages and Disadvantages of Hydroelectric Energy 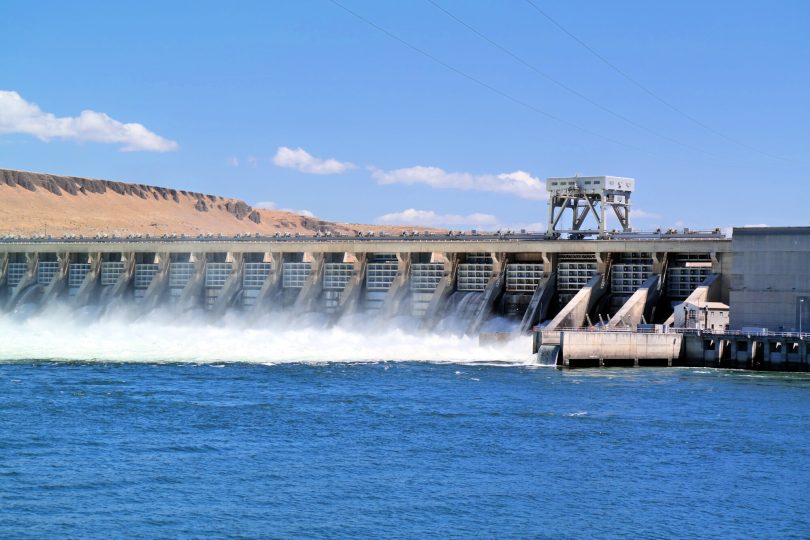 Did you know the Department of Energy has predicted hydroelectric power to grow by 50 percent by 2050?

This production alone would be enough to supply about 35 million homes with electricity and save over $200 billion in environmental damage costs. Not every solution is perfect, though, and there are bound to be setbacks with hydroelectric energy. What do these disadvantages look like, though?

Luckily, we’re here to help you learn more. Read on to learn everything you need to know.

To start, how does hydroelectric energy work?

Hydropower plants create energy using the force of water to run turbines. As these turbines spin, electricity gets produced. Most commonly, you’ll see power plants in the form of dams.

The dam holds a large reservoir filled with water and releases it as necessary. When water gets removed from the reservoir, it propels the turbine.

Hydroelectric power plants come with a few great advantages. Here are a few of the biggest.

The biggest advantage is a lack of emissions. Hydroelectric dams don’t emit carbon dioxide, which is one of the leading causes of global warming. Also, unlike coal and natural gas plants, a hydropower plant won’t emit pollution into the atmosphere after it’s been built.

Typically, water power is predictable and gets taken into consideration when hydropower plants are being planned and built. This means you’ll usually find them on an active river, or a dam will be built to manage the water flow. In either scenario, water flow can either be mapped out each year or planned according to the plant’s needs.

In other scenarios, water can be turned away from the plant’s turbines when necessary, meaning less energy will be produced.

Since water naturally replenishes itself, hydroelectric power can be classified as a renewable energy source. The lack of pollution emitted during the process is another reason hydroelectricity is considered renewable.

Hydroelectricity can carry itself into the future.

With the lack of pollution and no chance of oil spills or gas leaks, hydroelectricity is a lot safer for not only us but for future generations.

Hydropower plants have actually been called the most efficient way to generate electricity. The U.S. Department of the Interior said they’re 90 percent efficient, and pointed out that they don’t pollute or consume any of the water needed to power them.

Once a facility is built, it usually comes with a long lifespan and has the power to adapt to changing water conditions as necessary.

Not everything is without its disadvantages, though. Here are a few of the biggest problems that hydropower plants can bring with them.

The initial cost to build a power plant can easily be millions of dollars. Building any power plant is expensive, but compared to the falling costs of solar panels, hydropower costs significantly more.

It can already be difficult to fund energy-efficient power sources, but the high cost of these plants is often enough to gain disapproval from key stakeholders.

When taking that high cost into account, though, it’s also important to consider a power plant’s typical lifespan. The average plant can last for up to 100 years, but with continued upgrades and maintenance, it can keep supplying power for decades to come. Unlike coal or natural gas plants, which typically last about 35 years.

Effect on the Environment

Quite possibly the biggest disadvantage of hydroelectric power plants is the effect they can have if dams are built.

To build dams, a previously dry area needs to get flooded with water to create a reservoir. This means a large number of ruined animal habitats and a direct effect on the river’s water flow.

This can mean an effect on fish migration patterns, along with less sediment reaching the end of the river. That sediment is a natural way to build up and maintain land, and without it, problems can arise.

If a river that runs through multiple counties gets dammed up, it’s also essential for government municipalities to regulate water use. If they don’t, counties upstream will have access to more water than those downstream, which could lead to issues if things aren’t properly tended to.

If there’s a drought during any given season, hydropower plants can run into problems quickly. With a lack of water flow, the plant’s ability to produce significant amounts of power decreases severely.

Most droughts are short-lived, though, and aren’t usually enough to create a significant delay in electricity generation. In fact, most delays are usually minor.

It can be challenging to find places to build these power plants. Spots with consistent year-round water flow aren’t easy to come by. They also need to be close enough for existing power lines to make use of them.

Creating dams is always an option, but this impact on the environment would eventually start to cause more harm than good.

Are Hydropower Plants Worth It?

When appropriately managed, hydroelectric energy is a great way to deliver a sustainable, efficient, cost-effective energy solution. It’s also great to combine with other renewable energy sources, like solar panels. When these efforts are made, it’s a lot easier to keep up with varying climate demands and conditions.

With its fast-growing usage and technological advancements being made, hydropower plants can easily carry us into the future. That, combined with home usage of solar panels, is a solid way to protect the environment (and your wallet) for many years to come. Luckily, we can help you out.