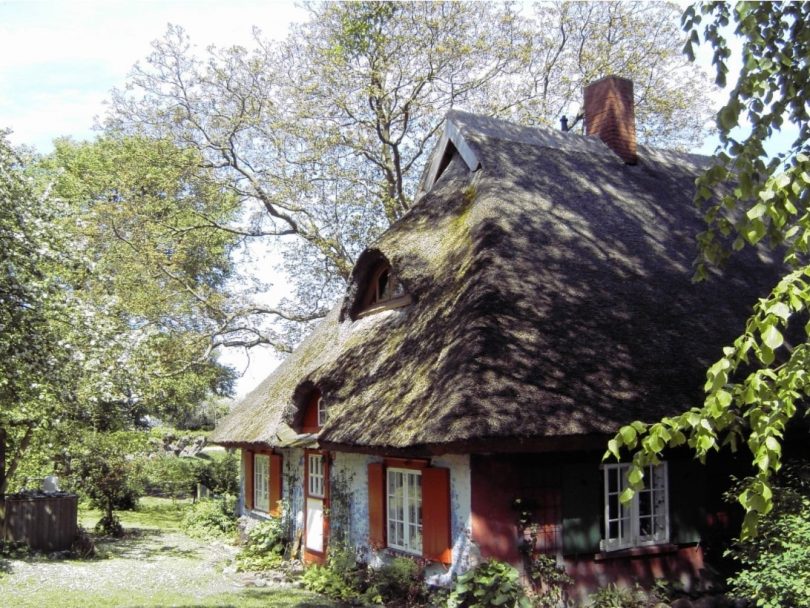 Residential solar systems are unique. There’s no such thing as a “cookie cutter” solar system for homes. Firstly, there’s a variety of solar panel options to choose from. Furthermore, each solar panel varies in power output. Let’s talk about how to measure solar panel output in any solar system.

The Energy Information Administration (EIA) examines the average solar system on their website. They share that solar panels are basically a package of components that converts solar energy into power for your home. These packages are sealed in weather-proof panels that come in several sizes.

The variety of sizes helps to accommodate rooftops of most shapes, as well as the energy needs for most families. The number of cells within each panel effects the power output, as well.

Panels can work together in groups, or arrays, to generate power for your home. “The number of [solar panels] connected in an array,” says the EIA, “determines the total amount of electricity the array can generate.”

How to Measure Solar Panel Output in Any Solar System

First, let’s start at the basics. The U.S. Department of Energy (DOE) describes how solar panels work on their website.  “When the sun shines onto a solar panel, energy from the sunlight is absorbed by the PV cells in the panel.

“This energy creates electrical charges that move in response to an internal electrical field in the cell, causing electricity to flow.” This electricity flow is measured in watts. Solar panels are generally gauged by how many watts of power they can produce per hour.

Manufacturers test solar panels extensively before they go onto a customer’s roof. Although, they don’t conduct their tests in real-world conditions. Instead, they perform their tests in an environment with ideal temperatures and sunlight for maximum production. These conditions generally affect a solar panel’s efficiency.

Solar panels are largely free of maintenance. However, an incident may occur that changes your roof’s exposure to sunlight. For example, a neighbor’s tree may grow large enough to disrupt optimum exposure.

For that reason or another, you may need reassurance that your panels are working efficiently. Knowing how to measure solar panel output will be a handy ability at that time.

Do I Need to Consider the Variables?

Since ideal testing conditions are rarely available for consumers, a power output calculation needs to consider the differences to be accurate. These variables are the differences between the testing climate and the real-world climate in which the panels are operating.

While the manufacturer can create perfect sunlight exposure for their tests, the common rooftop may have conditions that interfere. See the tree example above. Another example is a resident in Anchorage, Alaska. Alaska doesn’t produce ideal test conditions. That’s mostly because the average annual sunshine hours in Alaska is the least of all other states.

Monocrystalline panels reflect the most sunlight. Therefore, they’re the most efficient. However, they’re the highest-priced panels. On the other hand, polycrystalline reflects less light, but their prices are lower.

As we mentioned above, manufacturers’ testing parameters include the optimum operating temperature. That’s generally around 77 degrees. The DOE points out that as temperatures increase, there’s a decrease in voltage. However, there’s also a small increase in the current. This typically occurs when the solar panels reach around 150 degrees F.

The environmental conditions in your area certainly play a significant role in efficiency when you measure solar panel output. Structures immediately around your home may block your roof’s exposure to the sun. While you can remove or trim back trees, buildings are more problematic for efficiency.

Weather conditions, particularly rain and snow, have an impact on how much solar power the panels can make. Rain can be helpful by washing away dust and organic debris, but cloud coverage can disrupt exposure to sunlight.

“A dusting of snow has little impact on solar panels,” says the DOE. Furthermore, “light is able to forward scatter through a sparse coating, reaching the panel to make electricity.” On the other hand, a thick covering of snow can block the sun.

The manufacturer may publish that your panel can produce 300 watts per hour of sunlight. The variables we discussed above will likely decrease the actual number of watts they’re producing on your roof. For that reason, it’s important to manage your expectations.

Next, we’re going to show you a simple way to calculate how much power your solar panels produce on your roof.

For example, a California customer has solar panels with a rating of 300 watts. In other words, they produce 300 watts per hour in ideal conditions. This is what their calculation to measure solar panel output would look like:

In other words, this solar panels are generating 1,125 watts per hour on average. Not bad!