Home » A Guide to the Different Types of Solar Inverters Available 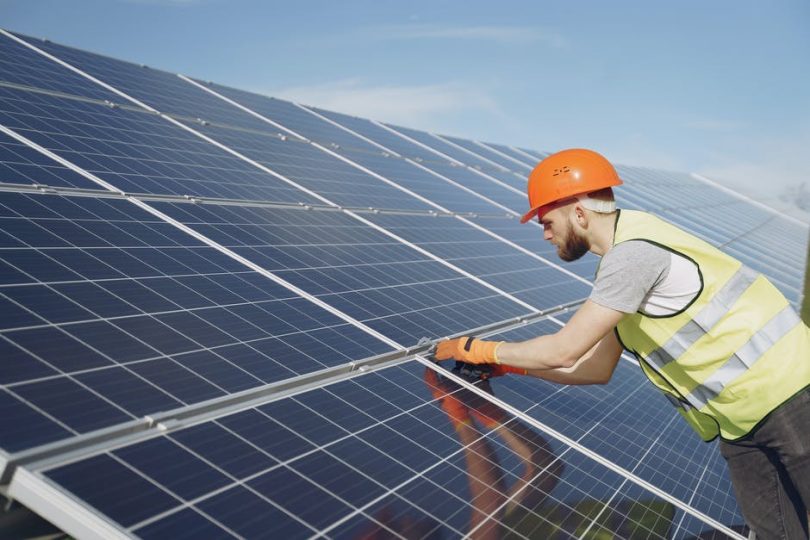 Did you know the solar inverter industry is worth over $16 billion globally?

With such a huge industry and so many options available, it’s important to know what to be on the lookout for. This is especially important for solar inverters. They’re basically the brain of your solar system, and it’s one of the most important components you’ll need. There are a few different types you can choose from too.

Read on to learn about the different types of solar inverters and the scenarios they work best in.

These are the inverters that most PV systems use. For it, panels need to be wired into strings by connecting the positive end of the first panel to the negative end of the second one. To increase the system’s power rate, a lot of them use several strings in parallel with each other.

One of the biggest disadvantages of this inverter is that it’s subject to the shading effect. So, if even one panel in a string is partially shaded, the entire system will have a lower performance.

If your system is subject to partial shading, then optimized string inverters are your best bet. This inverter is similar to a standard string inverter, the key difference being the power optimizer that’s included for each panel. The optimizer tracks each panel’s performance and then has the ability to isolate the low-production ones.

That means increased performance for your system without having to worry about one panel weighing the entire thing down.

Microinverters are considered a distributed inverter system. They’re designed to be installed with each solar panel, and they’re among the smallest inverters you can own. They’ve gotten cheaper in the last few years, making them a more viable option for many homeowners.

A great advantage of these inverters is that you can individually check each panel’s power. Unlike with string inverters, you won’t face any system problems if one of them is partially shaded. The potential downside is how complicated your system becomes since all your panels have to be connected separately.

Battery-based inverters come with bidirectional functionality — meaning they combine both a battery inverter and a battery charger within one unit. This makes it simple for them to switch between grid power and battery power whenever it’s needed.

So, if you have a battery-based inverter and a storm hits, your power won’t be affected if there’s an outage as long as the battery is powered. It’s a very versatile inverter, and they’re great for a lot of different homes.

If you’re switching to solar, having a hybrid inverter might be a great option. This type of inverter allows you to use the power from solar panels along with power from the grid if you ever need it. Usually, it uses grid power to charge your system’s batteries.

Also, if your batteries ever run out of power, then this solar inverter will switch to the grid.

To pick your inverter, there are a few things you’ll need to consider first. Here are some of the most important.

Do You Need Shade Mitigation?

If your system has access to constant sunlight, then you’ll be fine with just a standard string inverter. However, if your system is subject to shade, then it’s probably best to consider different options.

While PV systems don’t require as much maintenance as other systems, they do still require it. It’s important to know that using either hybrid or standard solar inverters can make this hard to accomplish, though.

Pinning the issue down to a single solar panel isn’t as easy as you might think. You can only track your system as a whole, so it’s likely to take you longer to diagnose the problem.

With micro inverters or optimized-string inverters, however, it’s simpler. You can track each panel’s performance individually, meaning it’s a lot easier to pin problems down to their root and have them fixed more quickly.

Knowing which of these you’ll have is essential because it’s going to tell you which inverter you need.

For grid-tied systems, your choices are either optimized inverters, standard inverters, or microinverters. If you’re interested in a battery-based system, however, then you’ll need a hybrid inverter system to keep track of everything from one single piece of equipment.

This is a crucial step to take. It’s important to ensure any inverter you purchase is certified safe by an independent testing lab before you purchase it.

It’s also essential to consider the inverter’s battery power, as it’s going to have a direct impact on how long the inverter lasts. This number is clarified as the maximum number of hours the battery can power all devices.

To figure the capacity out, you’ll have to take the product’s power requirement (in watts) and backup hours and then divide it by the voltage.

Choosing the best solar inverter is crucial for getting the best performance from your solar system. The three most important components to consider are probably your budget, the type of solar system, and any features you’d like to see. Keep your home and its unique conditions in mind when making your decision and you’ll be a lot more likely to find the best solution for you.

If you’d like to speak to a professional, though, we can help. Contact us today to get started with your free consultation.